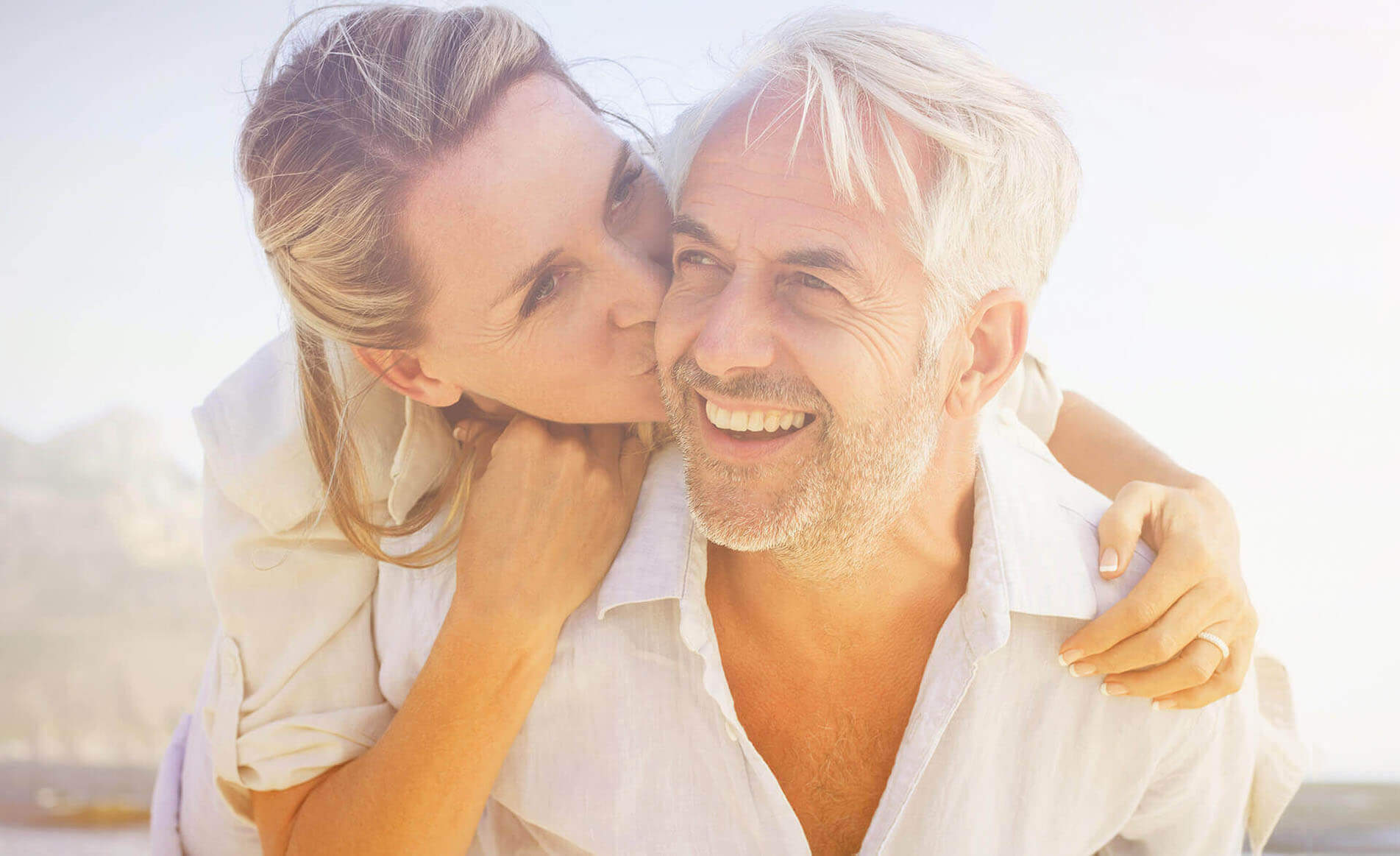 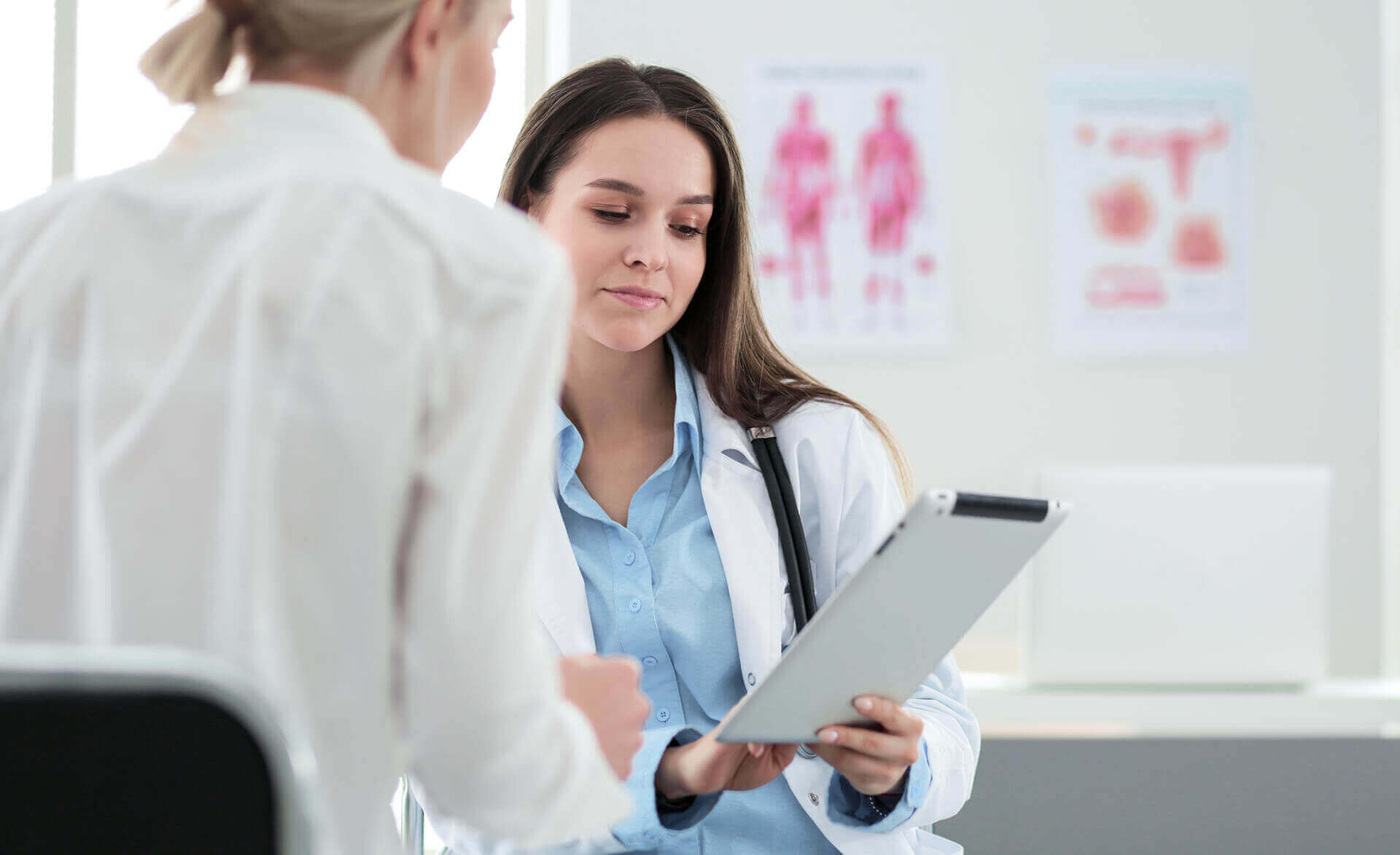 You Don’t Have to Make Multiple Appointments 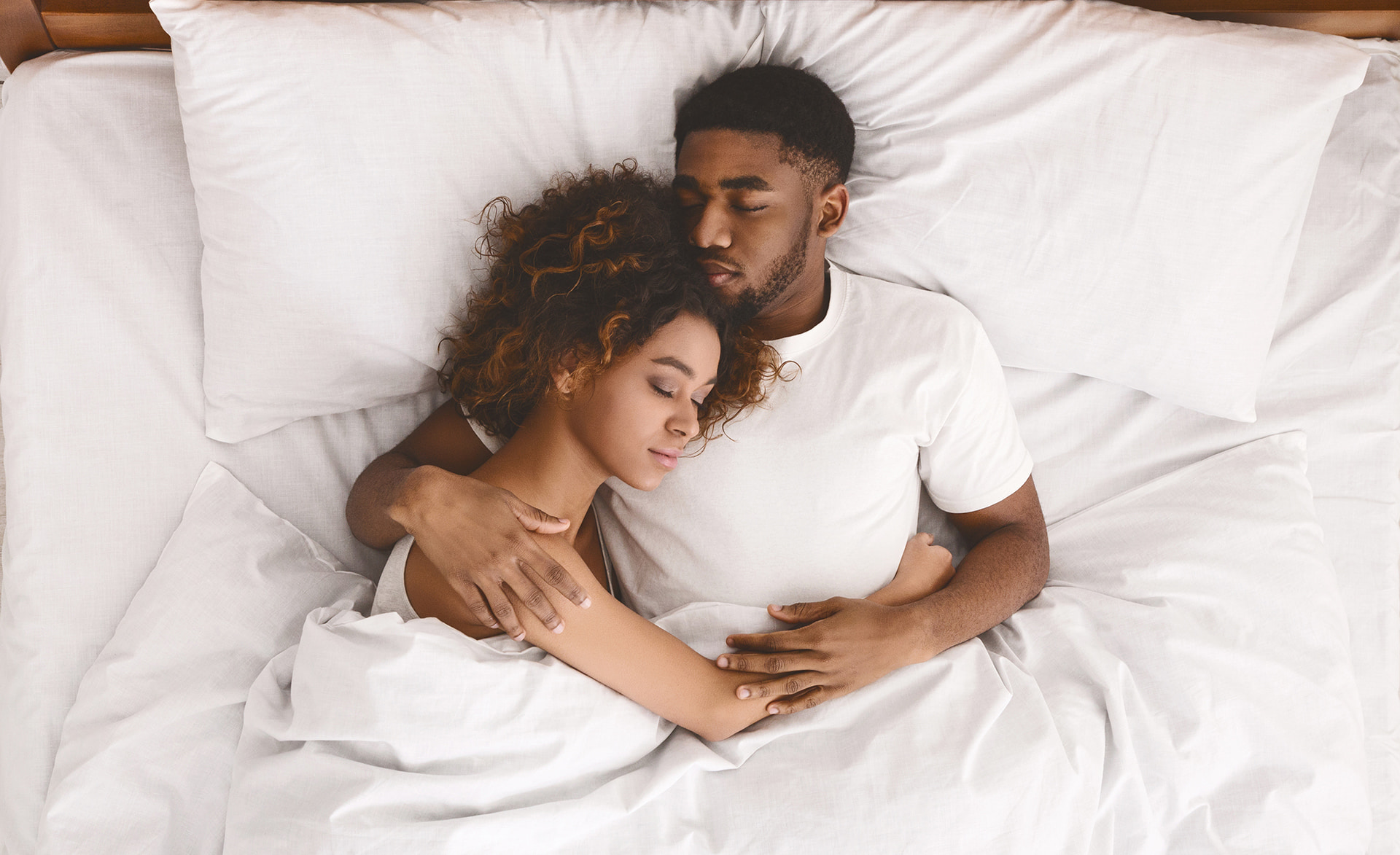 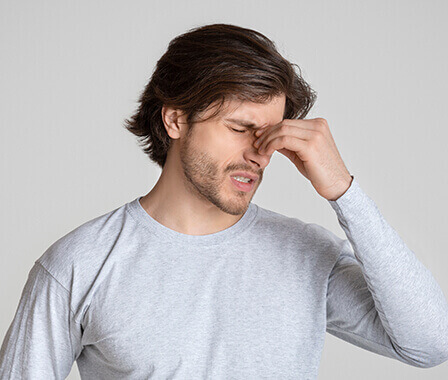 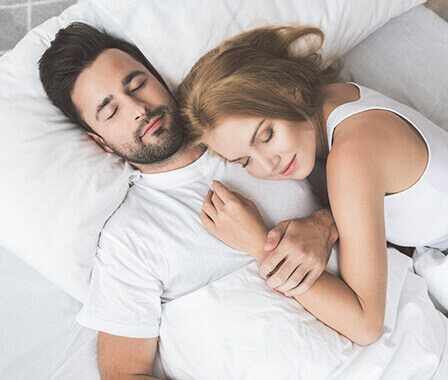 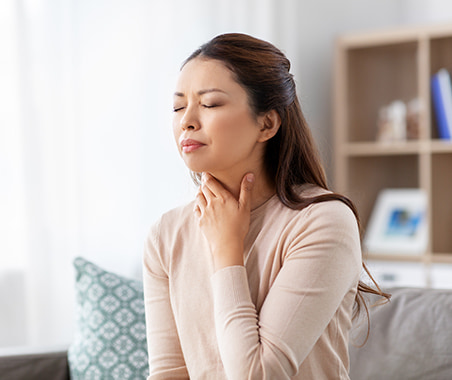 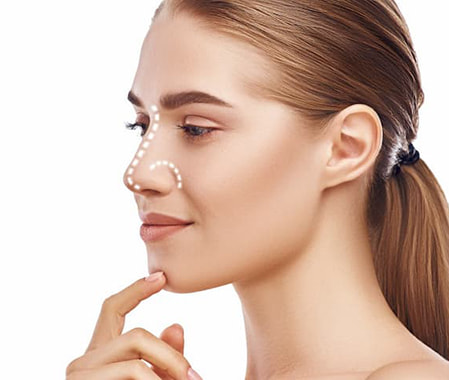 Welcome to the Maryland ENT Center

Maryland ENT Center, LLC is the choice Ear, Nose and Throat practice in the Baltimore area that is chosen by many. We specialize in nasal and sinus disorders and cosmetic surgery of the nose (Rhinoplasty). We also cover voice and swallowing disorders, hearing and equilibrium disorders, pediatric ENT diseases, snoring and sleep apnea, and head and neck tumors.

Find one of our three locations

Our physicians are leaders in the field of Otolaryngology, and have provided ENT care in the Baltimore area since 1984.

Our goal is to offer high-quality treatments for all, both in adults and children.

Patients who come to the Maryland ENT Center can expect to get the most professional and personalized care, along with the latest surgical techniques in the field of rhinology.

Dr. Shikani earned the coveted "Maurice H. Cottle Award for Clinical and Basic Research in Rhinology" from the American Rhinologic Society in 2003. The award is given only once per year, in recognition of the most outstanding national and international basic research in the field of rhinology. His research involved in vitro tissue culture of nasal chondrocytes for cartilage tissue engineering and potential use in orthopedics cartilage regeneration.

Dr. Shikani is the founder and director of the Maryland Ear, Nose and Throat Center. He is the chief of Otolaryngology-Head and Neck Surgery at the Union Memorial, Good Samaritan Hospital and Sinai Hospital in Baltimore. He is the founder and director of the Maryland Nose and Sinus Center-Rhinology Fellowship and has trained numerous ENT doctors who have come from different parts of the world to spend a year with him specializing in rhinology (diseases of the nose and sinuses). Dr. Shikani has made many ENT inventions which are currently on the market and have improved the lives of many patients. Thousands of patients worldwide have benefited from the Shikani Middle Meatal Antrostomy Stent, the Shikani Speaking Valve and the Shikani Optical Stylet for management of the difficult airway. Dr. Shikani currently holds twenty-four patents and patent applications in his name, he has taught several courses on intellectual property and patenting at the annual meetings of Academy of Otolaryngology-Head and Neck Surgery, and has published numerous publications in peer review journals and books, and made many presentations in national and international meetings.

Abraham Gol MD (Mohammad Abraham Kazemizadeh Gol) is a board certified Otolaryngologist. He completed 5 years of general otolaryngology training at the University of Minnesota where he obtained extensive experience treating all types of disease processes affecting the face, ears, nose, neck, and throat. At the U of M he learned from leading surgeons in the fields of cancer treatment, sinus disease, facial plastic and reconstructive surgery, laryngeal surgery, pediatric otolaryngology, and ear surgery. He developed a special interest in pediatric and developmental disorders and pursued additional training as a Pediatric Otolaryngology Fellow at the University of California - Davis. During fellowship, he received extensive experience treating developmental disorders such as cleft lip and cleft palate, microtia (a developmentally small or unformed ear), cleft nasal deformities, micrognathia (a small jaw that could result in sleep apnea in a baby), acquired or developmental hearing loss, craniosynostosis (premature fusion of the sutures in the head resulting in abnormal head shape), pediatric vascular and lymphatic malformations, pediatric head and neck masses, sleep apnea, and pediatric and adult airway stenosis.

Dr. Gol also has an interest in international medicine and has traveled to the Philippines to perform cleft lip and cleft palate surgery for underserved children. He finds helping the underserved one of the most rewarding parts of his career.

Dr. Gol has strong academic interests and has worked on several research projects ranging from hearing loss and ear tumors, to pediatric airway anomalies, to management of children with cleft palates.

Dr. Gol is a strong advocate for his patients and works tirelessly to ensure they receive the best possible care. He is a talented surgeon, but remains cautious about offering surgery unless he truly believes surgery will be helpful for his patients. He is kind, caring, and thoughtful.

When he is not taking care of his patients, Dr. Gol enjoys spending time with his wonderful wife and lovely daughter.

He was appointed as an instructor at the University of Maryland Medical School Midtown and Greater Baltimore Medical Center.

Dr. Tana has been practice in the Greater Baltimore Area for many years and is well loved by his patients and colleagues. He expertly treats all patients with care, courtesy, and respect. 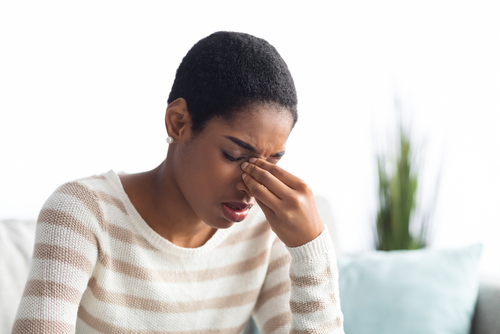 Is Sinusitis Always a Chronic Condition?

Do your sinuses often feel like they are clogged or cause you pain? If this continues for weeks at a time, you may have sinusitis. Congestion, coughing, and a runny nose can be very uncomfortable when they linger longer than a typical cold. For some people, sinusitis may be a chronic condition. You may have […] 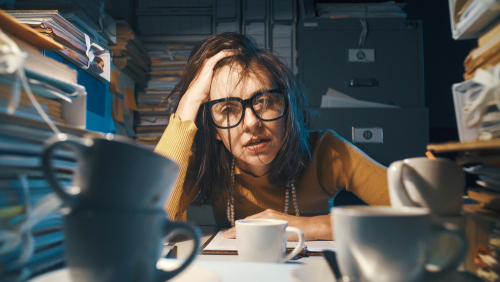 7 Reasons Snoring Can Be a Sign of Something Concerning

Do you snore from time to time? Many people snore, which may not always be due to an underlying condition. Your nose may be blocked, or you may have a cold that causes severe congestion. These are some of the more common reasons that you may find yourself snoring. But these usually resolve on their […] 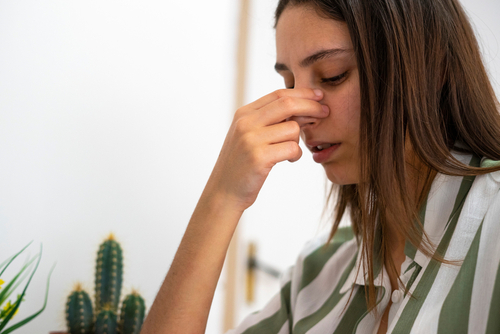 What are the Sinuses Responsible For?

Do you suffer from congestion, pressure in your face, or recurring sinus infections? These symptoms may be due to your sinuses. Sinuses are interconnected cavities in the skull. These cavities are linked to your nasal passages by small channels. The channels let air flow from your nose into the sinuses and allow mucus to drain […]